There’s a certain point in life in which you realize you need to debug a program that simply cannot be run on your working machine due to reasons. In my case I have to debug a program that communicates with iwd, the Intel wireless daemon for Linux. My workstation doesn’t have a Wi-Fi adapter, so I needed some sort of a remote debugging hack.

VSCode has a Remote Development addon specifically addressing such cases. However:

I’m doing Go development, so the hack I am describing applies to Go when using Delve for debugging. Nonetheless, the approach doesn’t change much if your programming language’s of choice VSCode addon supports attaching to a remote debugger.

What we’re going to do basically sums up to this:

Delve, the Go debugger, supports running as a headless server for the clients to attach to. We need to run a binary remotely.

This can technically be achieved with a simple shell script, but I find using Task a lot more convenient than writing a script or a Makefile. Here’s what I came up with:

The entire sequence can now be started with task delve. The dependencies ensure Delve is killed beforehand (scp won’t work if the program is still running), and the binary is built and pushed to the target machine.

This is a matter of a single file as well, the .vscode/tasks.json:

When done, you can now hit F5 and enter debug session. 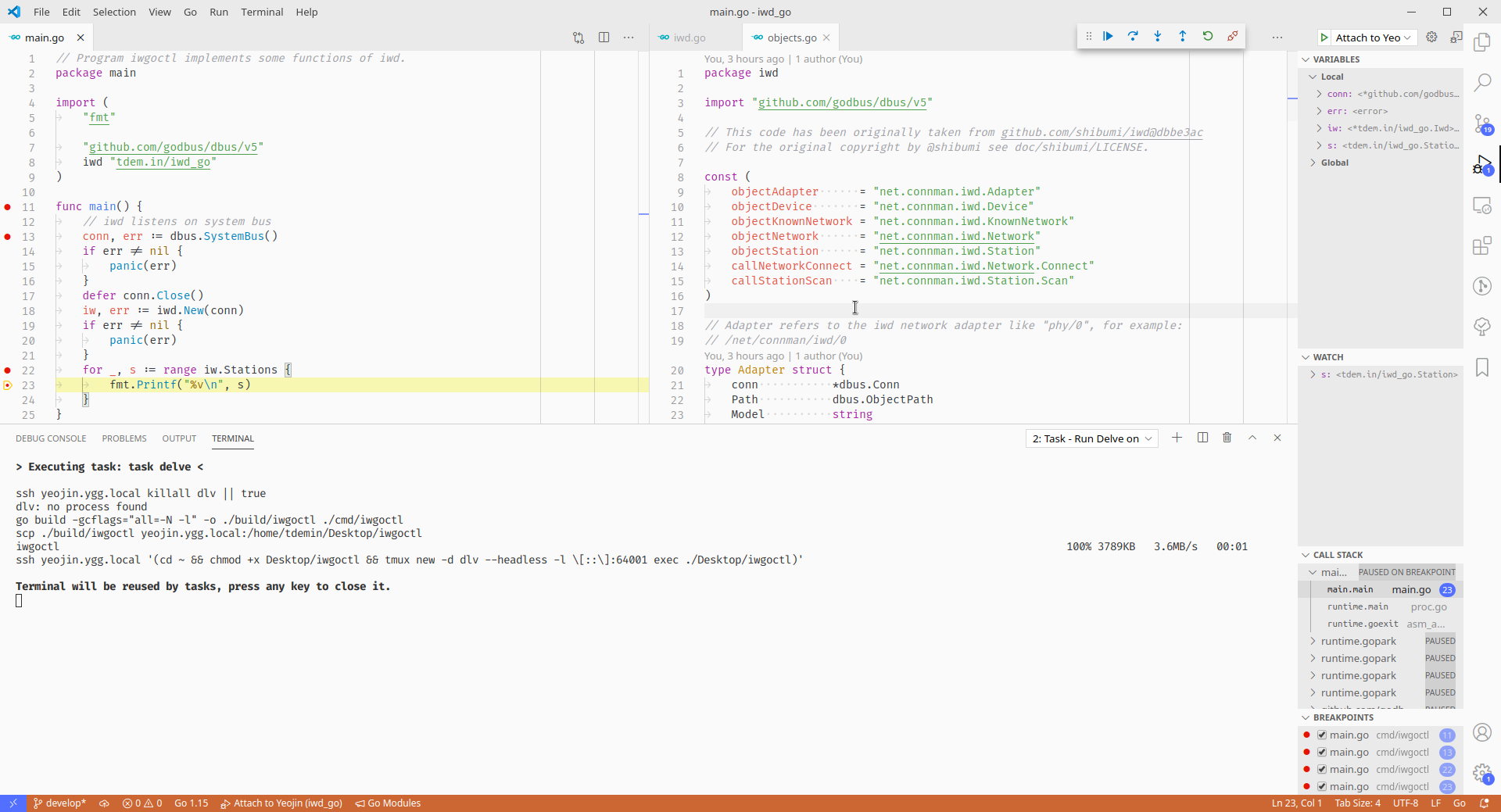 This works, but has a limitation: the debug console/internal terminal aren’t attached to program’s output. You can theoretically attach to the remote tmux session to see the program’s stdout, but it’s rather bothersome to do that every time.

Well, this works, so I hope this saves you time if VSCode’s Remote Development just doesn’t work for you.